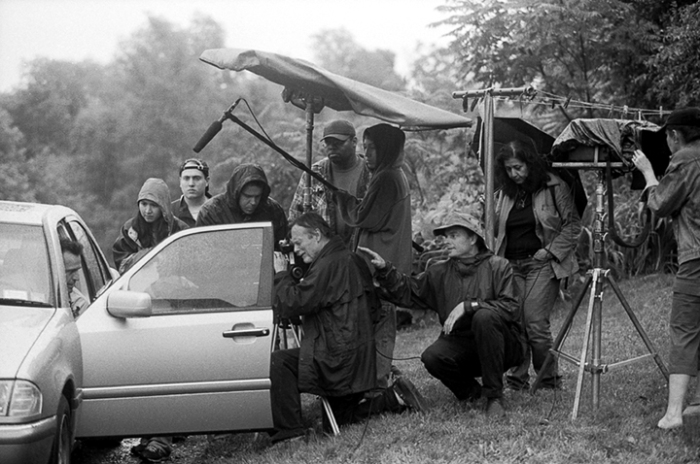 Filming in the rain. Behind the scenes of The Reawakening.

This is the first of what I hope will be a weekly themed post. “Film Friday” will begin with behind-the-scenes stills documenting the making of Diane Fraher’s feature film, The Reawakening. Principal photography took place on the Onondaga Nation and other locations around Syracuse, New York, in the summer of 2003. Here the production crew under the photographic direction of Jeri Sopanen roll film as the character John Hawthorne (Mark Reed) delivers his lines.